Practical Guide to the SI Units

Biodiversity and distribution of benthic Meiobenthos in the sediments of the Southern Caspian Sea) Mazandaran) was studied in order to introduce and determine their relationship with the environmental factors. From 12 stations (ranging in depths 5, 10, 20 and 50 meters), sediment samples were gathered in four seasons (2012). Environmental factors of water near the bottom including temperature, salinity, dissolved Oxygen and pH were measured during sampling with CTD instrument(conductivity, temperature and Depth)    and the grain size and total organic matter percentage and calcium carbonate were measured in the laboratory. From the 4 group animals (Foraminfera, Crustacea, Worms and Mollusca), 40 species were identified belonging to 29 genera of 25 families belonging to meiofauna and 15 species belonging to 15 genera of 13 belonging to macrofauna. Among seven parameters evaluated, Pearson correlation showed that there is a negative correlation between density of meiobenthos, TOM and depth and there is not a correlation between macrofauna and environmental factors. However, according to the results of One Way ANOVA, the density of  meiofauna was significantly different from station, season and depth,  and macrofaunain was also significantly different from station and season (P<0.05). Maximum Shannon–Wiener index was observed in winter.

[1] Letters that include statements of statistics, facts, research, or theories should include appropriate references, although more than three are discouraged.
[2] Letters that are personal attacks on an author rather than thoughtful criticism of the author’s ideas will not be considered for publication.
[3] Letters can be no more than 300 words in length.
[4] Letter writers should include a statement at the beginning of the letter stating that it is being submitted either for publication or not.
[5] Anonymous letters will not be considered.
[6] Letter writers must include their city and state of residence or work.
[7] Letters will be edited for clarity and length. 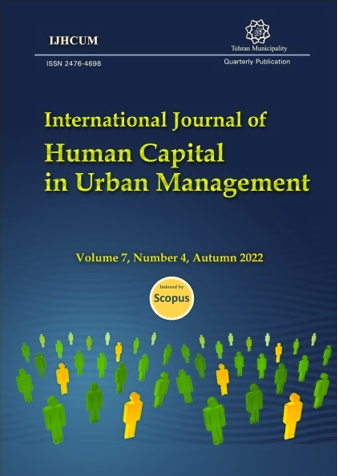